The increase is attributed to several factors including a freed-up demand after the decrease in imports last year due to the pandemic. Another reason would be that Brazilian producers – many of them from the agricultural sector – have been investing in expanding their production to take advantage of low interest rates. With the devalued real favoring exports and the high demand for commodities and food, importers are also bringing in more inputs to help increase productivity in order to export the final product. 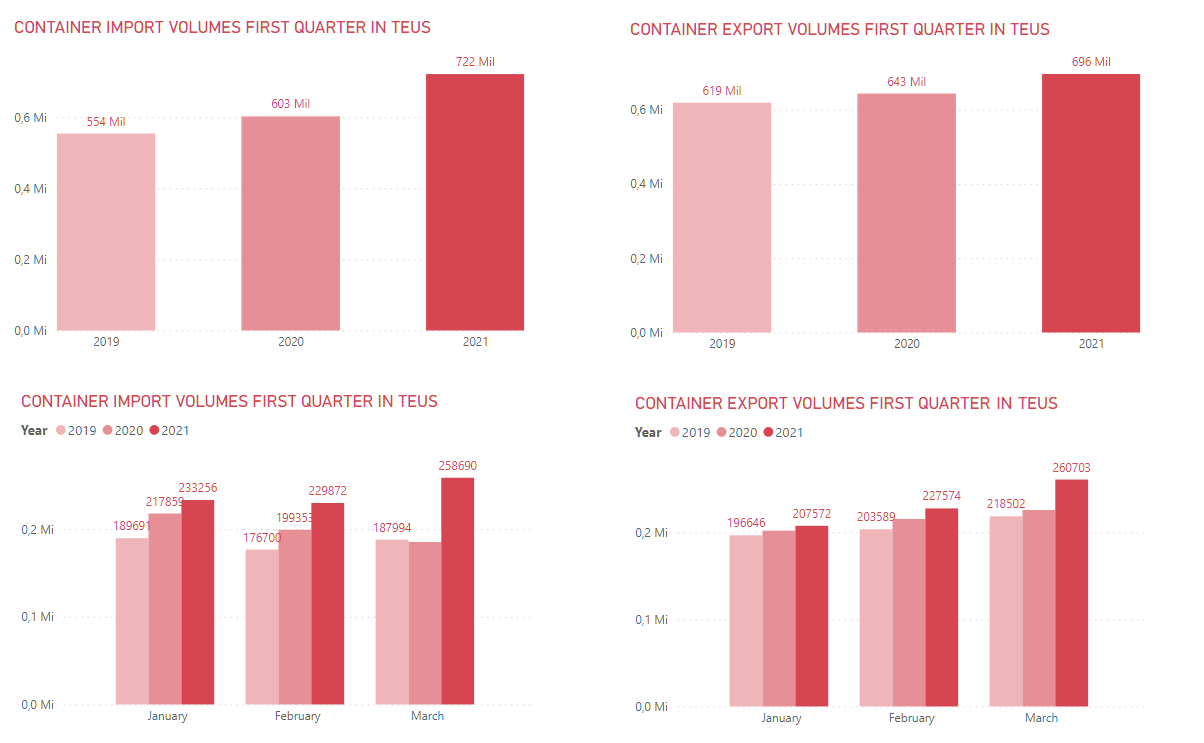 Traditionally, the first quarter of the year is the weakest. The third and fourth quarters are generally the strongest. The economic outlook is that Brazilian GDP will grow 3.7% in 2021 according to the IMF. However, if the pace of the first quarter continues throughout the year, that number may be even higher.