The squid fleet has gathered in the northern squid sector a month earlier than usual after Argentina’s Federal Fisheries Council (CFP) decided to open the area from April 1. However, the turnover in the northern sector this week does not seem to have favored the fishermen, with reports of most boats catching between 2 and 12 tons per vessel per day. Whereas, “In January and February, vessels were catching 40-50t a day, near S46-S47 degrees latitude. The catch was good,” President of the Argentine chamber of shipowners said.

DatamarNews reported earlier this week that opening the northern management unit early each year on April 1 instead of May 1, allows better use of the Buenos Aires-Nor-Patagonic sub-stock (SBNP) “before it completes its migration to deeper waters making it difficult for the fleet to catch.”

According to Undercurrent News, the South American country may call an early end of illex squid fishing season. The president of squid fishing firm Pesquera Buenavista said squid jiggers have had little-to-no luck in catching Argentine shortfin squid in the country’s exclusive economic zone after a patch of wet and cold weather in March.

On April 3, Marine Traffic’s AIS (Automatic identification system) data showed about 80 to 90 vessels are still fishing on the high seas off the coast of Argentina. 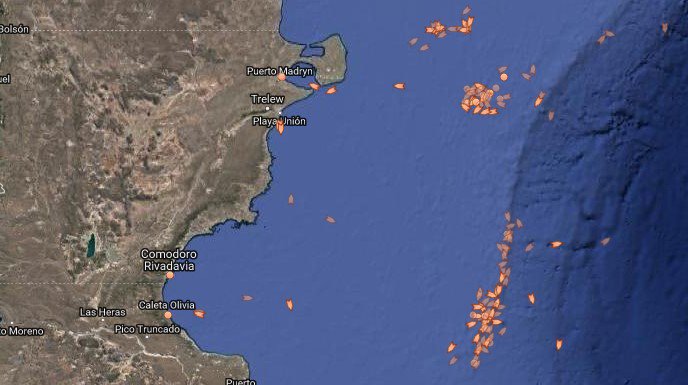 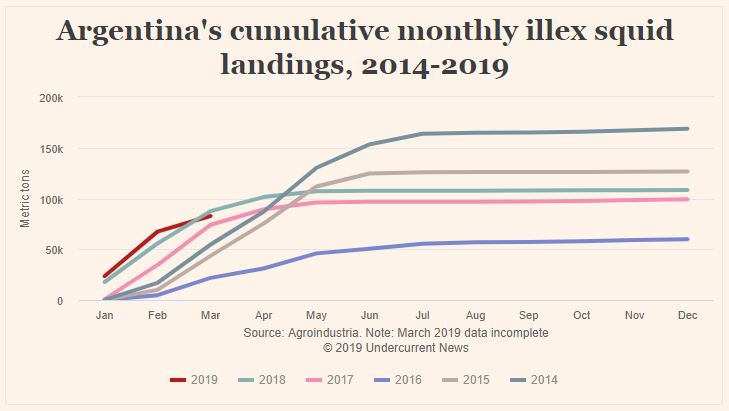 On a good note, squid catch trend this year is pretty similar to that of 2018; however, the price per ton is higher compared to last year, at US$2,300 per ton.