Last week, the pilot shipment of an iron ore export project was concluded at Pier 3 of the Port of Imbituba (SC). With that, the cargo becomes part of the portfolio of products served by the port complex, with a projection of another 400 thousand tons handled in the next 5 months. The inaugural operation of 41,400 tons was carried out on the ship NORDIC STAVANGER, which put to sea on the night of November 1 and has as its final destination the Port of Ijmuden, in the Netherlands. The vessel is 190 meters long and has 4 cellars loaded with ore. The port operation oversaw ILP’s cargo and the ship was managed by Orion. 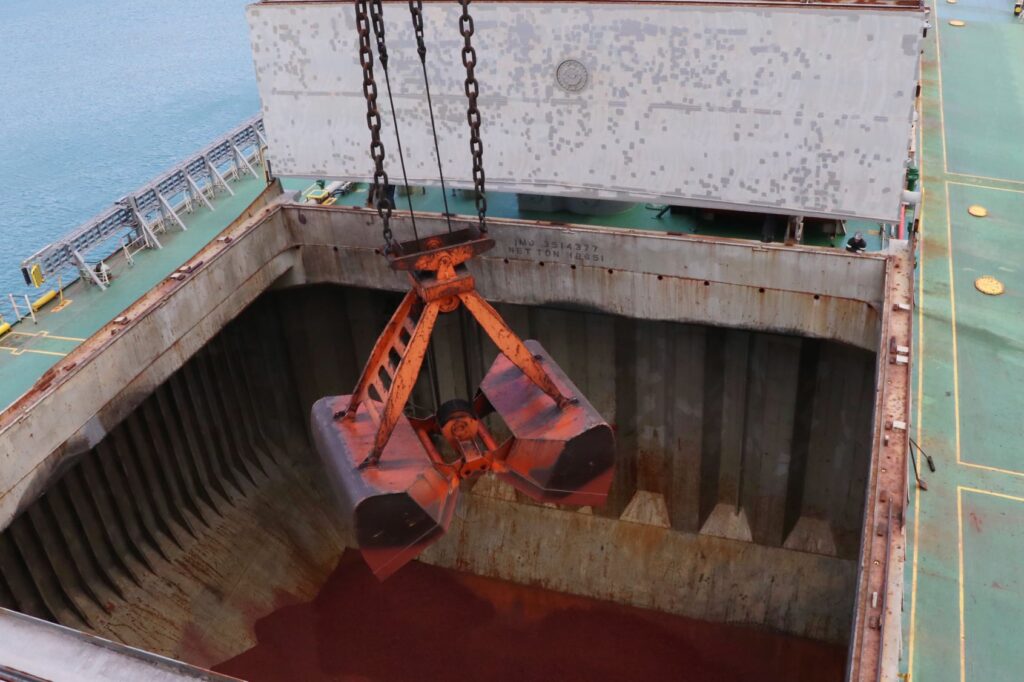 The attraction of this new cargo already affects the port structure qualification. Sul Norte Logística, a port operator, is completing a 6,400 m² canvas warehouse and will build two more 5,600 m² modules at the rear of Pier 3 specifically to handle this cargo. The area also allows for the expansion of the project, if necessary. According to Juliano Franco, Administrative Manager of the company, this market opportunity has an important local social impact in the generation of jobs, with the initial increase of 20% in the staff, only from Sul Norte, and can open even more vacancies, depending on the increase in the volume moved.

The cargo currently shipped via the Port of Imbituba originates in Corumbá, Mato Grosso do Sul, and arrives by road. Before, the ore was transported by waterway to Argentina and Uruguay and later to Europe by sea. For Luís Antonio Braga Martins, the Director-President of the Port of Imbituba, “the logistical transfer of an operation of this magnitude from other countries to Brazil has a positive impact on the development of the country itself, as it develops internal business and income, creates jobs, and fosters businesses”.