The bulk of the investments planned by the Mais MT program should meet the demand for improvements in the logistics system and the infrastructure sector, according to César Miranda, Secretary of Economic Development for the State. In total, around investments of R$ 4.73 billion are budgeted between 2019 and 2022, involving the paving of 2,400 kilometers of highways, the restoration of an additional 3,000 kilometers of paved roads, and the construction of 5,000 concrete bridges to replace the old ones that are made of wood.

If the plans do get off the ground, including three strategic railroad projects, the logistics system could receive almost R$ 40 billion in investments in the coming years. 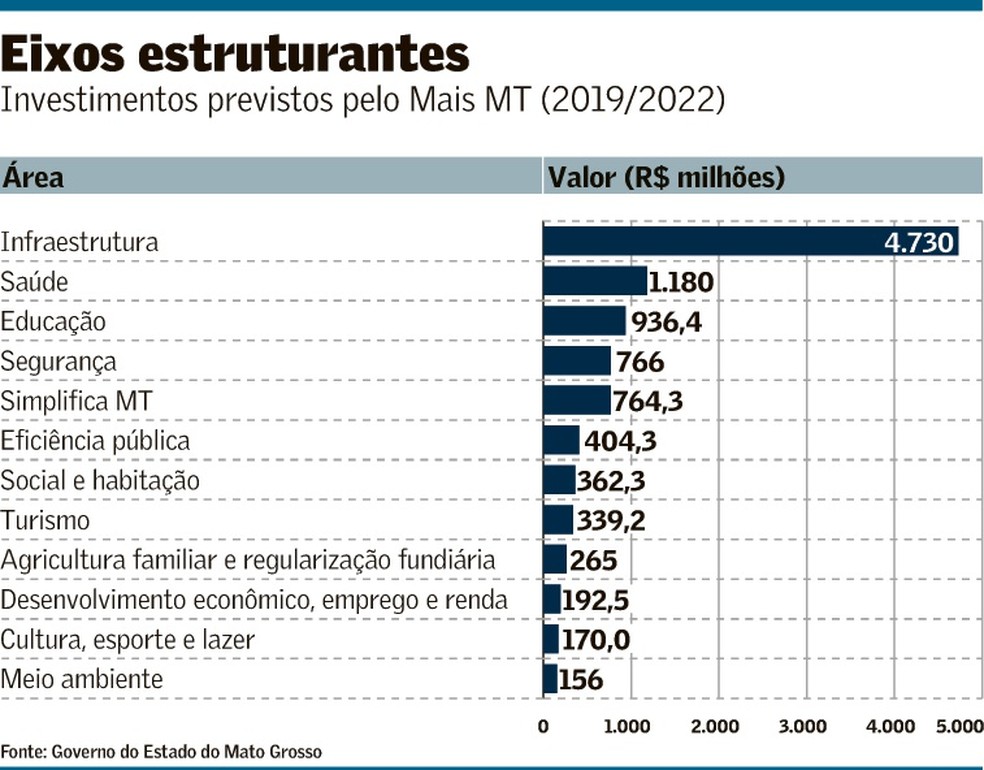 At the federal level, after the paving of the final stretch of the BR-163 to the District of Miritituba (PA) was completed, in early 2020, the National Land Transport Agency (ANTT) scheduled an auction on July 8 for the concession of the road system formed by BRs 163 and 230, according to Edeon Vaz, CEO of the Pro-Logistics Movement of Mato Grosso. The winning group will be responsible for recovering, conserving, maintaining, and expanding the system’s capacity, which covers an extension slightly more than 1,900 kilometers from Sinop (MT) to Itaituba (PA).

Over the ten years of the concession, an investment of R$ 3.1 billion is estimated. “The company will still have to conclude the access works to the hubs of Miritituba, Santarenzinho, and Itapacurá, expanding the possibilities of grain flow through the Arco Norte”, says Vaz.

In addition to the completion of eight bridges on the BR-242, between the District of Santiago do Norte and Nova Ubiratã, near Sorriso, making the 156 km stretch finally operational six years after the asphalting of the road, Vaz expects that in July they will start the installation works for the first stage of the Central-West Integration Railway (Fico).

The railway section, to be completed in the next five or six years, will run 383 kilometers between Água Boa (MT) and Mara Rosa (GO), interconnecting there to the North-South Railway. The investment, estimated at R $ 2.73 billion by the Ministry of Infrastructure, will be paid for by Vale, as part of the early renewal process for the Vitória-Minas Railway concession.

Gustavo de Oliveira, President of the Federation of Industries of the State of Mato Grosso (Fiemt), believes that it is possible to advance the industry in the state. According to him, this will come with the reduction of logistical costs, from the construction of FÍCO, the installation of Ferrogrão, between Sinop (MT) and Miritituba (PA), and the expansion of Rumo Malha Oes

The improvement in the supply of logistics infrastructure, he continues, should open alternatives so that the state’s production can reach other markets in a competitive way, in addition to attracting investments, especially in the biodiesel and ethanol sectors.

In this area, specifically, Oliveira believes that the extension of the Logum Logística pipeline system – a company formed by Copersucar (30%), Raízen (30%), Petrobras (30%), and Uniduto Logística (10%) – from the Minas Triangle to Rondonópolis could bring an estimated logistical gain between 5% and 6% on the final price of ethanol to be transported to Paulínia (SP).

Secretary Miranda points out that the hiring in 2019 of a firm gas offer from Bolivia, with a ten-year term, allowed Companhia Mato-Grossense de Gás (MT Gás) to start building a 16-kilometer gas pipeline. between the fuel distribution center and the Industrial District of Cuiabá.

In March, Lima & Torres Engenharia won the bid to design the new gas pipeline project, which is expected to have the construction bid possibly in August, in an investment of around R $ 13 million.

So far, the advances already made have not yet brought the benefit expected by the agricultural sector. “We also operate in a logistics system compatible with a production of 5 million tons per harvest”, comments Marcos da Rosa, president of the Federation of Agriculture and Livestock of the State of Mato Grosso (Famato).