DataLiner data shows Brazil recorded a sharp increase in tank exports in October, up 9.4% to 3,028 TEUs compared with the previous month. For the first ten months of this year, tank exports improved slightly by 0.7% to 26,846 TEUs year-on-year. The Plate region’s tank exports showed no significant movements, falling 0.1% in September compared with the previous month, to 1,057 TEUs. In total 8,456 TEUs were exported via tank by the region between January and September this year, up 18.5% year-on-year.

The following two graphs demonstrate the historical trend of both Brazil and Plate’s reefer and tank movements: 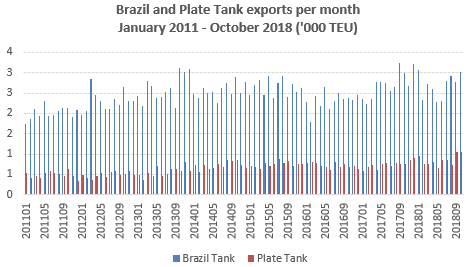 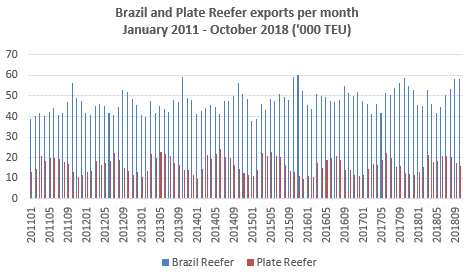