ANFAVEA (the national association of automotive vehicle manufacturers) released the figures for the auto industry in January. According to the entity, production was 199,700 units, an increase of 4.2% over January 2020, but a 4.6% decrease compared to December.

The total licensing of 171,100 vehicles represented a negative performance, even taking into consideration the 2 business days less this January than the same month last year. The fall was 11.5% compared to January 2020 and 29.8% in comparison with December.

According to the entity’s president, Luiz Carlos Moraes, there are still worrying factors on the horizon, such as the lack of some inputs (especially semiconductors), the low stock of vehicles, and the worsening of the Coronavirus pandemic which continues to harm industrial and commercial activities in some regions of the country. 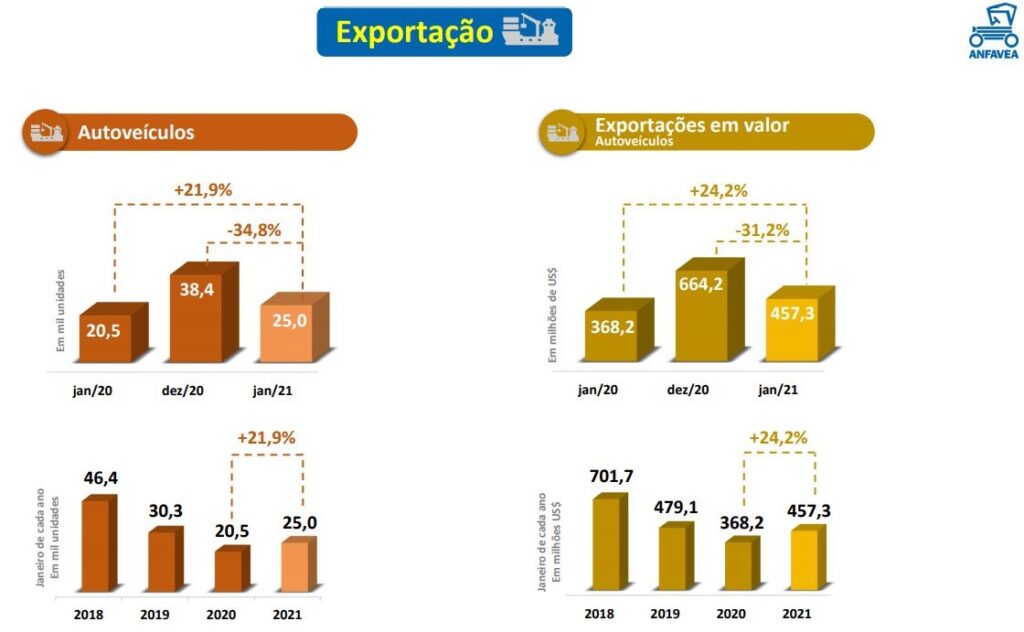