According to the analysis of the Secretariat for Trade and International Relations (SCRI) of the Ministry of Agriculture, Livestock and Food Supply (MAPA), agribusiness exports were negatively affected by the drop in soybean grain exports (-US$ 560.64 million in absolute values).

According to SCRI, the drop in soybean shipments occurred due to two factors: the dry climate at the beginning of the planting period between October and December last year and, more recently, the excessive rainfall that delayed the harvesting process of the oilseed that occurs between January and mid-April in most producing states. For these reasons, soybean shipments decreased by almost two million tons”. 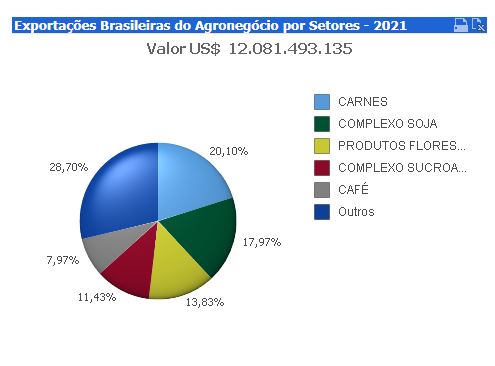