EADI (Inland Customs Depot), is a private customs terminal for public use, located in a secondary area. It is a terminal that holds a concession, obtained through a public auction held by the Federal Revenue Service. Amongst the activities the EADi is authorized to carry out, is import and export customs regimes.

Also called a dry port, the EADI is usually located inland, in a region with a significant amount of cargo being imported and/or exported.

In practice, it can be understood that the EADI is an extension of a port or airport, but closer to where the importer or exporter is based. EADIs free up ports, airports and other border control points from having to deal with customs issues.  Instead, the goods to be exported or imported can be transported to the EADI by being granted ‘customs transit’ where they will then go through the customs process. It is worth noting that only transporters accredited by the Federal Revenue can carry out this type of transport since the cargo is still in the process of being released.

A EADI may also be called a secondary zone bonded warehouse. This customs station is also a permanent post for health and agriculture ministries, as well as federal revenue and banking services.

Other activities that can be carried out in an EADI are the services of packaging, separation, labeling, repair of pallets and containers and unitization of loads. These customs stations can also be used as general stores and distribution centers.

Another advantage of EADIs is that because they are more agile than primary zones, they also have lower storage costs. 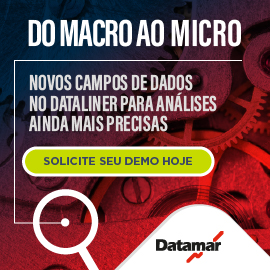